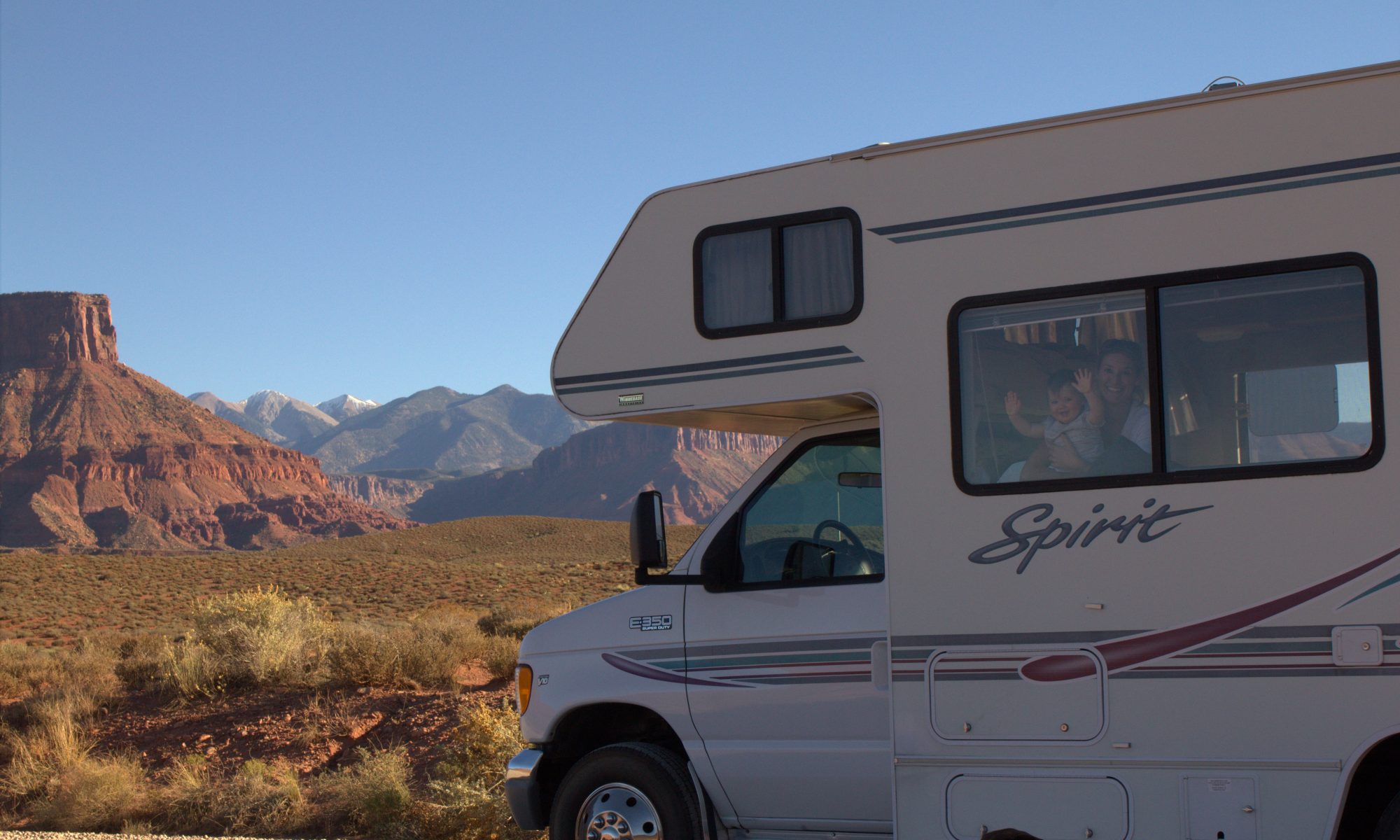 RV Colorado from Tahoe! Some of my best friends live in Colorado and we’ve made the drive from Tahoe to Colorado 6 or 7 times. It’s not a short trip, roughly 1000 miles separate Tahoe and Denver, but highly worthwhile.

Traveling in an RV makes the trip quite enjoyable with lots of different options present.  Below I’ll run you through the loop that takes us from Tahoe, through Moab, UT to Aspen, CO, Aspen to Denver, Denver to Steamboat, Steamboat to Park City, and finally Park City back to Tahoe.

In-between Tahoe and Colorado is Nevada and Utah, and the drive across Nevada is surprisingly scenic (mountains the whole way!), although single threaded, you’re basically just headed east on I-80. The RV’s get roughly 10 MPG, and have 35-40 gallon tanks, so most of the stops going across Nevada are fairly predetermined, you’ve got a range of 250-350 miles in-between fill ups.

Moving across Nevada is the only part of the trip where you’ll see the same stuff twice, as I-80 is really the best way to get across the state. There’s another option we don’t recommend (having taken it before). Highway 50 cuts across the heart of Nevada and is referred to as the ‘loneliest road in America’ for good reason, there’s stretches spanning 100+ miles with no services. It’s not a place you want to break down or have any issues. We don’t suggest traveling on 50 unless you’re well prepared.

That being said, I-80 is quite simple. From Truckee, head east on 80! We’ll usually stop in Winnemucca, NV for gas/snacks and push on to West Wendover, which is right on the border of NV & UT. There are several truck stops and casino’s here, which makes parking for the night easy. We usually park in the truck lot right by the McDonald’s. Its fairly level and simple, with a quick breakfast and fill-up, and you can be on your way early in the morning.

If you are on the road by 8am from West Wendover, you’ll cross the salt flats outside of Salt Lake City early enough that it shouldn’t be windy. This makes the drive enjoyable and it’s strangely beautiful checking out the salt flats.

Once you hit SLC, it’s decision time. There’s two routes, stay on 80 which takes you through Park City and the Utah mountain ranges, or head south toward Moab and I-70, which is the highway that cuts through the middle of Colorado. For most of our trips, we’ve taken the southern route out, and returned on the northern route, but you can do it either way.

From SLC, you head south towards Moab on I-15 passing Provo (we’ll usually stop there for gas), then Route 6 until you hit I-70. We suggest heading slightly further south to check out the Moab area as there’s two great National Parks there, Arches and Canyonlands.

There’s excellent camping along the Colorado river right outside of Moab on Rt 128, which eventually connects back to I-70. The road follows the river and canyon and the views are pretty epic. 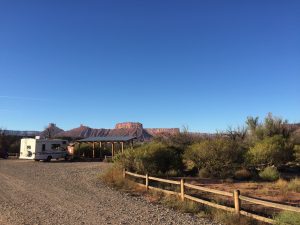 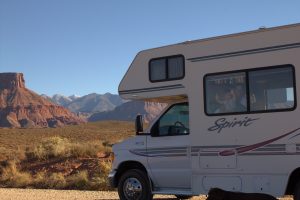 These pictures are from Lower Onion Creek Campground, and we’d recommend spending a night in this area.

From Moab, you can either cut directly back north to I-70 or follow Rt 128 through the canyon and it meets back up with 70 right by the UT/CO border.

Once you are on 70, it’s again a straight shot east into ColoRADo! We’ll generally visit friends in the Aspen area first, and there’s convenient RV campgrounds and boon-docking locations throughout the Roaring Fork Valley (the road that runs from Glenwood Springs to Aspen). If you like hot springs, a stop in Glenwood Springs is a must for a soak.

After a day or two in the area, we’ll eventually start making our way towards Denver, with a stop or two along the way in Summit County to visit Breckenridge or Silverthorn. One last push over the front range and you’ll see the lights of Denver! We generally park on the street in front of friends houses in Denver, the parking availability can be random through, and it depends on the location. There’s several RV parks within the Denver city limits too if you are looking for a more formal option.

After a couple days in Denver, we’ll start heading back toward Tahoe.

Stay tuned for Part 2, heading west from Denver. I’ll detail the route we take through Rocky Mountain National Park to Steamboat, then Steamboat back through UT to Tahoe.

Truckee RV is family owned and operated. We started our own RV adventure in 2015, and now we’re excited to offer affordable RV rentals in the greater Tahoe area.